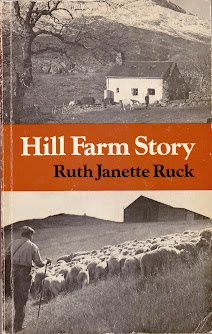 Published five years after Place of Stones, this is a happy book.  While it remains hard to make a living on a small Welsh mountain farm (the first chapter is called „Making a Living Where a Rat Wouldn’t”), in her writing Ruth focuses on the joys of living where she does.
In one of the first chapters Ruth describes her wedding to Paul, who started working for the Ruck family some years before. It is a wonderful party, with the whole village taking part.
„In the first few days of married life I experienced a moment of panic. I wondered how to manage this small household, make good meals and keep the cottage clean, without expending extra time and money on doing it; there seems so little of either to spare. But Paul had no fixed ideas about what was women’s work and what was not. He could cook or wield a teacloth as the need arose and together we quickly finished the housework and were ready to go outside. Our expenses were few; there was paraffin for lighting and bottled gas for the stove, but the fire cost us next to nothing. The rates were only 6 pounds a year. We produced a good part of our own food and so we managed; my problem solved itself with a workable compromise.” 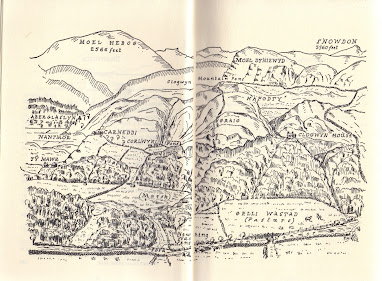 In the first chapter Ruth looks back on how she and her family started farming at Carneddi, copying other farmers’ work and relying on the help of two neighbours. One „took us under his wing and we were immensely grateful for the never-failing help and kindness which he gave. If he thought we were going wrong, he told us so: he hated to see mistakes and muddle, particularly where sheep were concerned. If we needed anything, from advice to a cup of tea or the loan of a plough, it was ours for the asking”.
She also tells the story of how she came to write her first book, filling exercise books when she can find the time. It takes nearly 3 years to finish. She is overjoyed to find it accepted by a publisher. After starting her second book their hen house is made into a writing hut.
She goes on to describe the day to day life on the farm: the sheep, the dogs, the decision to keep ponies and to enter them in shows;  and the joy Paul and Ruth find in mountain climbing.
They extend the farm by buying neighbouring farms and stock. 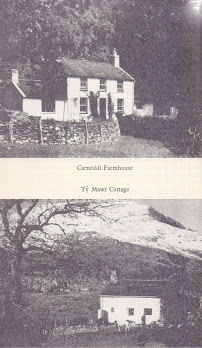 During the first months of 1963 the weather turns extremely cold:  "Washing froze stiff as a board within five minutes of its being hung on the line. The last of the kale in the field turned to green glass and shattered into fragments when we tried to cut it. The tap in the cowshed froze but we had given up swilling the floor several day earlier for fear of the cows slipping on the ice. I carried hatching eggs indoors in case they should freeze too.”
I was ten years old in 1963 and in The Netherlands the weather was similarly cold. Strangely I have no recollection of it, though our house must have been extremely cold as at that time we only had a heater in the living room. 1963 is also the winter that Dervla Murphy, one of my favourite authors, started her cycling trip to India. You can find the story in Full Tilt. I always wondered why she started her journey then, only to arrive in Pakistan and India in the extreme summer heat. She later said she had so often fantasized about this trip, that when she got her chance, she just could not wait.
Anyway, back to Ruth: she ends the book with a postscript: „It should be told because it gave a new perspective to our life. In the early summer of 1965 I began to wonder if I were pregnant”. She is, and Ann Jacquetta is born on 14 January. „ I look back on that time as one of the happiest of my life. (…) On January 24th, the day on which our baby was due to be born, we brought her home to the cottage in the mountains.