Take Not Out Mountain by Dorothy Campion (1957) 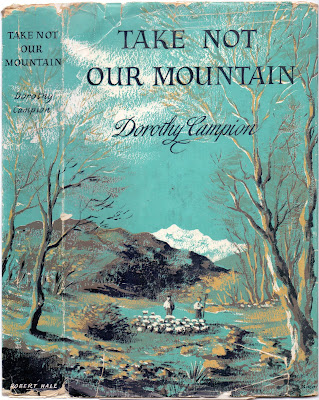 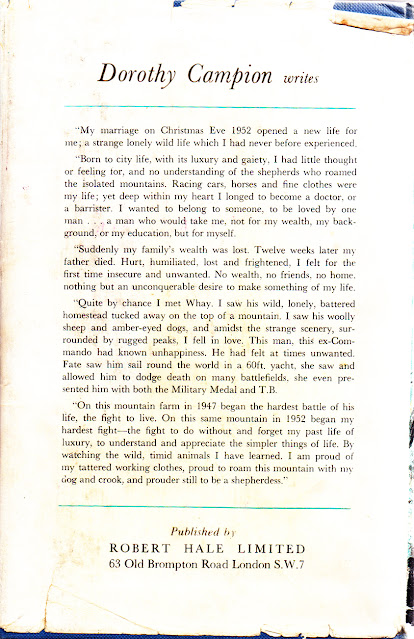 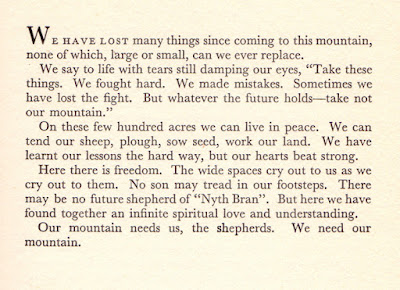 The book starts with this quote, and you know hard times are to come.

This is the story of Dorothy and Whay Campion and their life at Nyth Bran, near Capel Curig in Wales. Whay has lived there for six years, "rebuilding his health and his nerves". Coming from a privileged background Dorothy needs time to get used to life in the hills, in a house with no running water or electricity. Her first winter is a very cold one. At first they only keep sheep. Though the fox kills a number of lambs their first lambing season is successful and they make a profit. 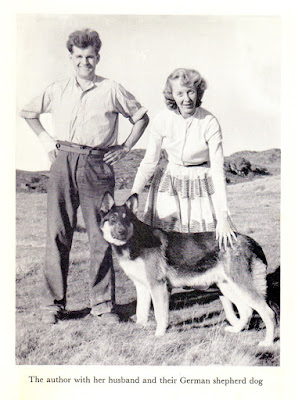 During the following years they slowly expand their flock, keep chickens and pigs and start plowing the land to grow crops.  Life on the farm is tough and they have a hard time getting by. But fate deals them more blows: when Jane is on her own the roof catches fire and the house can only just be saved. Worse still, Jane is hit by a falling tree and her injuries mean she cannot have children. Some time later they decide to adopt, and a baby boy, Robert, enters their life. Strangely, they decide to pretend Robert is their own baby and Dorothy even goes so far as to wear a pillow under her clothes to pretend she is pregnant. The story then takes a very strange and sad turn: an anonymous letter to the authorities about Whay's past illness sets wheels in motion and Robert is taken way from them.

This book is unique in my collection because it deals with the author's personal life, her feelings of guilt at not being able to have children and the couple's sadness at losing their adopted boy. Dorothy is very much in awe of "her man" but she also stands up for herself and, perhaps unusually for the fifties, makes Whay and herself talk about little Robert to deal with their grief. 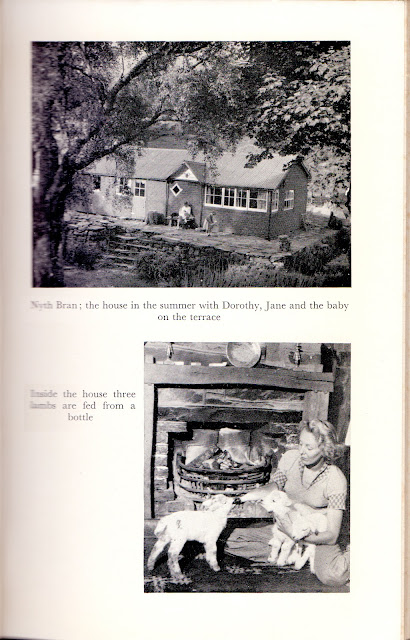 The book ends on a positive note: "So we renewed out hope in life and in ourselves and out future plans. Next year we would clear a further six acres adjoining the three we had already ploughed. We would sow another crop of rape. Rape would be followed by rye grass, rye grass would make hay. Eventually we would try to run a few cattle on the land."

"The heartaches and the happinesses have given us all we could ask, and our land will live for others when we are gone. I'm proud to have been able to share your life, your work, your sheep and your lovely green mountain. Thanks so much, Whay".

In the late nineties, on a visit to Wales I went to Capel Curig and found Nyth Bran (it is marked on Ordnance Survey maps). The house was surrounded by trees, bracken and a barbed wire fence and looked very dilapidated. I could not get very close to take a better photo. 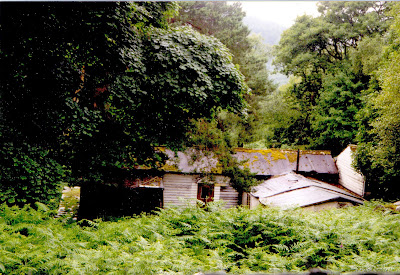